This is an improved version of the reflection.js script rewritten for the jQuery javascript library. It allows you to add instant reflection effects to your images in modern browsers, in less than 2 KB. 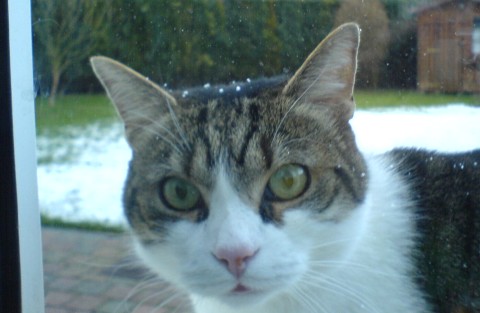 Compared to the original reflection.js, this script has the following added features:

Like the original reflection.js, this script is much faster than the script.aculo.us Reflector script (which is not suited for production use), because it does not create a large number of image zones (one for each pixel line). Instead, it uses the canvas tag available in most modern browsers, and DirectX image transformation filters in Internet Explorer, so the reflection image is drawn natively in one step.

In older browsers, the script will degrade automatically (the images will remain untouched).

Warning: Firefox 2.0.0.10 broke the canvas.drawImage() javascript function and therefore this particular version does not work with this script. Firefox 2.0.0.11 and more recent will work.

It works with all image formats, but reflections of animated GIFs will not be animated: the first frame will be used for the reflection. There is no way to make a dynamic animated reflection for GIF images using javascript.

Just include the script in the header of your page, after the inclusion of the jQuery library:

Reflections can be added to any image tag over any kind of background (even image backgrounds!). There are two ways of adding a reflection:

1) Using HTML, by applying a CSS class named “reflect” to your images:

This will use the default reflection parameters (see below). You can apply multiple classes to an image (separated by spaces), the script will detect if “reflect” is one of them.

2) Using javascript, by calling the reflect() method on a jQuery selector. Examples:

“options” is an optional argument similar to the other options arguments in jQuery. The following options are available:

If you call this method more than once for the same image, the previous reflection will be automatically replaced by the new one.

Important: If you use javascript to add the reflection effect, you can call these methods either as soon as the DOM is ready (using the jQuery function) or by placing the call directly in a javascript block below the image you want to reflect. You don’t need to delay the call after the window “load” event. Your images will appear reflected as soon as they complete loading, even if they were not fully loaded when the javascript method was called. This is the main difference between this script and the original reflection.js.

You can remove a reflection using javascript, by calling the unreflect() method on a jQuery selector. Example:

This means that you can style the mirrored images using CSS classes and using their style attribute, but you can not style the img tag directly.

For example, when reflected, the following image will not display properly because it is using a CSS rule mentioning the img tag:

Instead, you must use a CSS class without referring to the img tag (or use the style attribute) and it will display like expected:

Finally, you must not specify the height of the reflected image using a CSS class or style property, because the height will increase when the reflection will be applied. Set the width and height attributes on the <img> tag instead if you want to (it’s optional).

Reflection.js for jQuery is free software released under MIT License.
If you like it, talk about it and promote it by linking to this page.